This conversation with artist Hyunhye (Angela) Seo will explore how colonialism and occupation not only shape the occupied culture, but how that culture, adapts, inherits and responds, and the melding of native/original culture and coloniser culture into something familiar yet new. 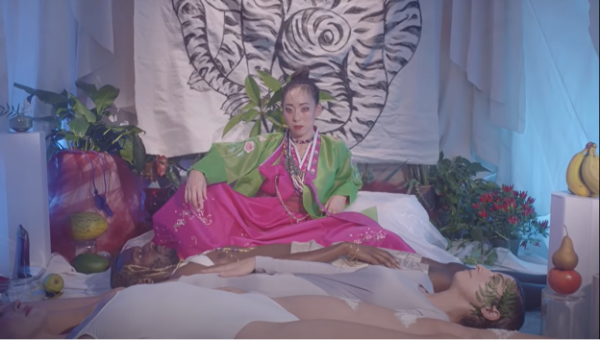 Still from the video It Comes out as a Joke (Xiu Xiu), directed by Angela Seo and Anna Lies Tan (2019), courtesy of the artist

Angela Seo’s piece will be available online on 14 October for 48 hours.

Hyunhye (Angela) Seo is an artist exploring experimental composition and expression of sound and its manifestations within space and body. She is a member of the musical group Xiu Xiu, in which she extends the band’s visual themes to immigrant diaspora, post-colonial spirituality and ritualism, and exotification/fetishisation via videos that have been featured in film festivals around the world. She has performed in collaboration with various artists spanning the visual and performance world, including with Danh Vo (“Metal” at The Kitchen, and “Deforms the Unborn” at the Guggenheim NYC), and the Berlin-based Cheap Collective (featuring Vaginal Davis, Susanne Sachsse and Marc Siegel). Recently, her solo album, Strands, explores abstract soundscapes built with processed percussion, improvisational piano, and dark ambient material. Her sound installations in relation to this work create an immersive territory that compels the listener to question how they carry the immediate and lingering impact of sound (her website).

Russ Skelchy is an interdisciplinary scholar specialising in the popular musics of Indonesia and Malaysia. He received his PhD in Ethnomusicology (2015) and MA in Southeast Asian Studies (2010) from the University of California, Riverside. His research interests include multiracial studies, sound studies, popular music (sub)cultures, decolonisation and gender. He was a recipient of a Fulbright US Scholar grant (2017-2018), Fulbright Institute for International Education Fellowship (2011-2012) and the University of California Pacific Rim Research Program Fellowship (2011-2012), and he was an ERC Research Fellow on the COTCA Project from 2017 to 2020. His work has been published in the Journal of Popular Music Studies, South East Asia Research, Sound Studies and various other international journals. 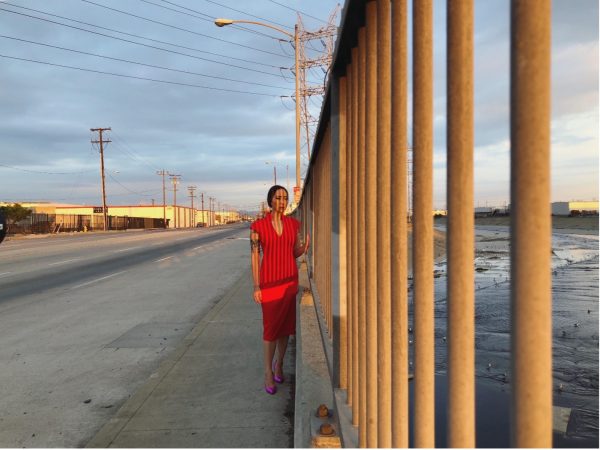 Still from the video Pumpkin Attack on Mommy and Daddy (Xiu Xiu), directed by Angela Seo and Anna Lies Tan (2019), courtesy of the artist.