This conversation with artist Abdessamad El Montassir will explore his projects about the micro-histories, non-material archives, forms of natural resistance and cartographies of invisible lives in Western Sahara. 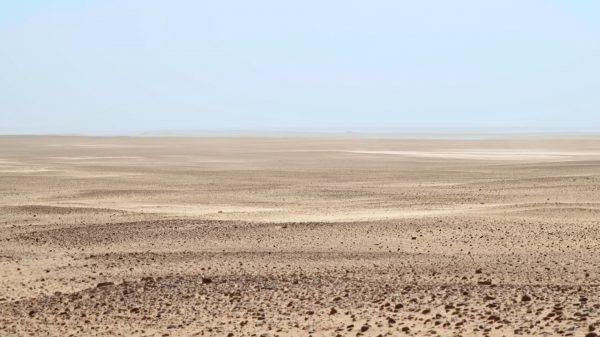 Joanna Allan currently works at Northumbria University. She holds a Leverhulme Early Career Fellowship for a project investigating how imaginaries of wind and sun impact on politics mediated by energy systems. More widely, she is interested in nonviolent resistance movements, resistance poetry and the gender of authoritarianism and resistance. Regionally, Joanna’s work has focused on Western Sahara and Equatorial Guinea, and on the Equatoguinean and Saharawi diaspora communities in Spain. Joanna’s first book Silenced Resistance: Women, Dictatorships, and Genderwashing in Western Sahara and Equatorial Guinea (Wisconsin University Press, 2019) was shortlisted for the 2020 African Studies Association Fage and Oliver Prize for best book on Africa, and was runner up in the 2020 International Studies Association’s biennial Feminist Theory and Gender Studies Book Prize. The book has been reviewed in the Journal of Spanish Cultural Studies, Africa Review, Midwest Book Review, Nomadic Peoples Journal and the International Journal of African Historical Studies. Before beginning her PhD, Joanna worked at National Energy Action, the UK Consortium on HIV/AIDS and International Development and London Councils European Service. She has been part of the Saharawi solidarity movement for years, including as President of Western Sahara Resource Watch until 2017.

Omar Berrada is a writer, translator and curator whose work focuses on the politics of translation and intergenerational transmission. He is the author of Clonal Hum, a book of poems on “invasive species” (2020), and the editor or co-editor of several books, including Album: Cinémathèque de Tanger, a multilingual volume about film in Tangier and Tangier on film (2012); The Africans, a book on racial dynamics in Morocco (2016); and La Septième Porte, Ahmed Bouanani’s posthumous history of Moroccan cinema (2020). His writing has been published in numerous exhibition catalogues and essay collections, as well as in anthologies such as The University of California Book of North African Literature (2013) and Poetic Justice: An Anthology of Contemporary Moroccan Poetry (2020). Currently living in New York, he teaches at the Cooper Union where he co-organises the IDS Lecture Series.

Sébastien Boulay is an anthropologist, and a Senior Lecturer at the University of Paris (Faculty Societies and Humanities), and member of UMR 196 CEPED (Centre Population & Développement). He has been conducting ethnographic field research since 1999 in Mauritania, and in Western Sahara since 2011. His current work focuses on the role of artistic productions (notably satirical and humorous, but also elegiac) and new media in the political struggles at work since the 1960s in the region. He has just devoted several years of research to collecting, translating and analysing a corpus of poems and songs paying tribute to deceased figures of West-Saharan political life, and in particular to figures of martyrs, a corpus that allows him to apprehend the West-Saharan political field from an original angle. He is also very interested in the evolution of the place of Moorish griots in political and media life since the 1950s and in the sense of the political commitment of West Saharan artists, whether griots or non-griots. He co-founded the International Academic Observatory of Western Sahara in 2016 and recently headed with Francisco Freire Culture et Politique dans l’Ouest saharien: Arts, Activismes et État dans un Espace de Conflits (L’Étrave, 2017); with Francesco Correale Sahara Occidental: Conflit Oublié, Population en Mouvement (PUFR, 2018); with Sylvie Fanchette, La question des Echelles en Sciences Humaines et Sociales (Éditions de l’IRD, 2019). He has just made a first film with Michel Tabet on the meaning of martyrdom in the Saharawi revolutionary tradition (SAHARA-Les Voix des Martyrs, 2020, 75’).

Taous R. Dahmani is an historian of photography, a PhD researcher and a critic, working between Paris and London. She is interested in the links between photography and politics. She regularly gives talks at Les Rencontres d’Arles, Paris Photo and Tate Modern. She is on the editorial board of MAI:Visual Culture and Feminism and co-editor of The Eyes magazine. She regularly contributes to 1000 Words Magazine. Her recent articles include “Bharti Parmar’s ‘True Stories’: Against the grain of Sir Benjamin Stone’s photographic collection”, in PhotoResearcher (no°30, November 2018) and a chapter on Polareyes, a 1987 Black British female photographic journal in Feminist and Queer Activism in Britain and the United States in the Long 1980s (forthcoming). In October 2020 she organised and convened the conference “Let Us Now Praise Famous Women: Women’s Labour to Uncover the Works of Female Photographers” at the Weston Library, Oxford.

Abdessamad El Montassir is a multi-disciplinary artist. His research is centered on a trilogy: the right to forget/being forgotten, fictional and visceral narratives, and the trauma of anticipation. In his body of work, the artist invites us to rethink histories and cartographies through collective or fictional narratives and immaterial archives. His projects explore the ways in which traumas affect the behaviours and socio-political contexts of individuals and reveal processes of story-telling and history-writing. Abdessamad El Montassir takes stock of the knowledge on/of non-human identities (plants, wind, landscapes) in order to spark new ways of thinking about our environment. Abdessamad El Montassir  has participated in several national and international exhibitions, including Ce qui s’oublie et ce qui reste (curated by Meriem Berrada and Isabelle Renard at National Museum of Immigration History in Paris); Surgir des cendres (in the frame of Chroniques – Biennale of Digital Imagination in Aix-Marseille); Invisible (curated by Alya Sebti for the 13th Biennale of Contemporary African Art of Dakar and for ifa-Galerie in Berlin); Leave No Stone Unturned (curated by Clelia Coussonnet at Le Cube – independent art room in Rabat); De liens et d’exils (La Villa Empain – Fondation Boghossian in Brussels); Al Amakine (11th Rencontres de Bamako); Saout Africa(s) (in the context of DOCUMENTA 14 at SAVVY Contemporary in Berlin). 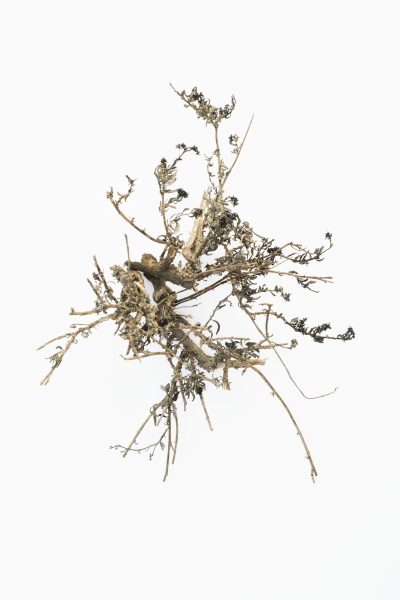